The History of Arcade Games 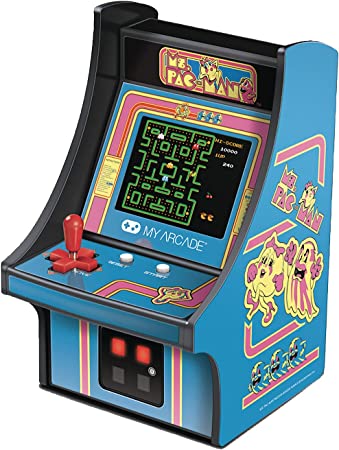 Are you looking to learn about the history of the arcade games? If so, you’ve come to the right place. A classic arcade game is one that you can find in most public areas, including amusement arcades. These games were originally coin-operated and are still played today. Today, these games have become popular in homes and businesses, and many people find great enjoyment in playing them. Here are a few reasons why. And don’t forget to play them!

Arcade games can range from old school Pacman to more modern, fast-paced video games. Some arcade games even require you to play with a light gun. Many games are competitive and are designed to test your hand-eye coordination. Several arcade games are now available online. They’re a fun way to spend an afternoon or night with family and friends. You can even win money while having fun! So, how do you get started playing arcade games?

Before the internet, arcade games were only available in public arcades. But today, the popularity of these games has reached unprecedented heights. Today, the average arcade visitor spends more time playing these games than in any other type of entertainment. It’s easy to understand why. The games themselves are great ways to bond with others and learn about new technologies. And as you’ll soon discover, arcades were the perfect place for kids to develop their creative thinking.

Arcade games are typically played in arcade cabinets, which are tall, narrow boxes with controls and a monitor in the front. Customers insert coins, tokens, credit cards, and even mobile devices into these machines to play. Arcade games were once the most popular format, but nowadays the American arcades make more money by using ticket redemption games and deluxe driving games, while Japanese arcades still do well with traditional JAMMA video games. You may be wondering why arcades have become so popular.

As the technology in computers became more advanced, manufacturers began incorporating innovative features into their games. Konami used motion sensing for the Police 911 game, while Sega used position sensing for Mocap Boxing in 2001. Sega implemented the concept of tuning cards for its Initial D series games, allowing customers to save game data to their own card. Namco later copied this concept in the Maximum Tune series. Arcades continued to implement these enhanced features to attract clients. The arcades were increasingly popular in the 2000s, with the introduction of motorized seating areas and redemption games.

Arcades also have an interesting history. They have survived the advent of video games, and many arcade titles have become blockbusters and moneymakers. Their popularity helped shape the way video games were made and played. These games have become staples of the video game industry, affecting the entire culture. And while the gaming industry has undergone some challenges in recent years, arcade games have been making a comeback and are popular with new and old players alike.

The first major arcade game was the original Pac-Man. This game became a phenomenon and eventually inspired a sequel, Ms. Pac Man. The sequel aimed to make the game more challenging and realistic. Another arcade game that gained immense popularity in the 80s was Donkey Kong. It featured a proto-Mario character and a trapped princess. It was difficult to master Donkey Kong, but its super hammer made the game play more realistic. It’s still one of the most popular weapons in Super Smash Brothers today.

Some of the earliest arcade games were coin-operated. Baffle Ball is one such game. It’s a pin-based game that’s considered a precursor to the pinball machine. In 1958, William Higinbotham, a nuclear physicist at Brookhaven National Laboratory, created the first multiplayer arcade game. Higinbotham used an oscilloscope as a monitor for the game.

The popularity of arcade games peaked in the mid-1980s, with many establishments removing their arcade cabinets as a result. Arcade games are now categorized into video, pinball machines, electro-mechanical games, redemption games, merchandisers, and redemption games. Light gun shooter games, for example, use a plastic gun to shoot a screen. Despite their popularity, some people find arcade games addictive and difficult to put down.

Fun Games to Play With Friends